ADRC AND PARTNERS PROVIDE A FORUM FOR COMMUNITES FROM SOUTH AND NORTH MTROVICA TO DISCUSS ABOUT THE SYMBOLIC OF THE IBAR RIVER BRIDGE, FREEDOM OF MOVEMENT AND SAFETY 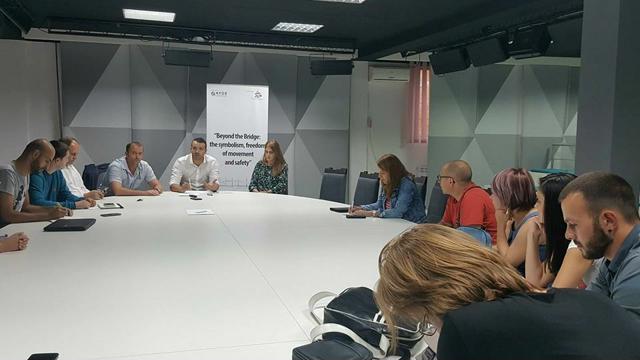 The roundtables provided a forum for actors from civil society, informal groups, and community to discuss and share critical opinions about the pre-final findings of the analysis. The recommendations derived from the roundtables will be in included in the final analysis publication.

The purpose of the public opinion analysis: ‘’Beyond the Bridge: the symbolism, freedom of movement and safety’’ is to shed light upon the significance of the Ibar River Bridge as a tangible symbol of divisive narratives, the freedom of movement obstacle and safety precaution; as well as examine to what extent the Brussels Agreements linked to these three components have been translated into the lives of the local population.

This project is implemented by ADRC in partnership with media outletsDITORI.com and Kontakt Plus, and is supported by Kosovo Foundation for Open Society (KFOS)